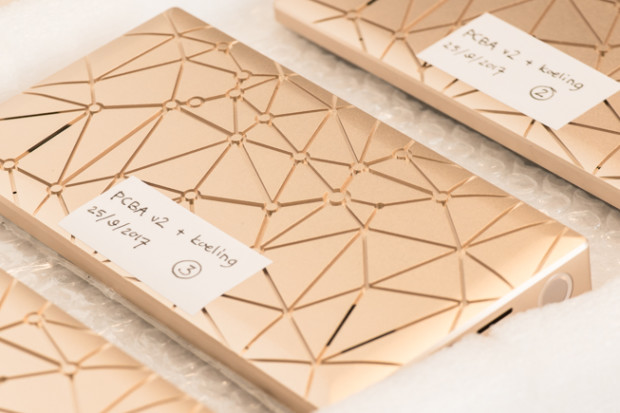 Today we have received several Ockel Sirius A and Sirius A Pro Pilot Units. These devices will be used for extensive tests. One of the things we improved since the last sample round is the heat dissipation. In the Pilot Units, the internal cooling system has been improved drastically. We have decided to use an AAA+ cooling component supplier. This supplier is well-known at Apple as well, as their solutions are being used in the current generation iPhones and iPads. This week we’ll continue to test the Pilot Units extensively, both in-house and in the labs of Philips.

This week we’ll start the electrical circuit tests at the Innovation Labs at the Philips Campus facilities, here in the Netherlands. They approximately need a week to test the circuits extensively. After that we’ll have a detailed test report available. The feedback of Philips will be very helpful for the final tweaks in the last round of product samples.